Google AdWords Update: What It Means for Marketers For the last 15 years, Google AdWords has remained largely unchanged—despite being the most popular online advertising system for marketers. Since the last update in 2008, marketing professionals have been holding their breaths to see what changes would come—and if they would come.

Google answered that question with a recent post announcing an upcoming Google AdWords update that promises to bring the platform into the 21st century. Using Material Design, the same Google design language of Maps, Gmail, and Search, the AdWords redesign is meant to make content more mobile-friendly and to accommodate the growing popularity of multimedia digital content.

So, what can you expect? First of all, the layout will look different, though campaign information will migrate seamlessly. The focus has been on streamlining the features and navigation of the site—which have grown complicated—in a visually pleasing and modern interface. Graphs and insights will be clearer, requiring less work for the user, and will be made more prominent. You can expect a different menu, designed for easier use.

Of course, the transition will take time, and Google has noted that they will continue to build based on feedback before fully rolling it out. The best way to use these changes? Prepare. Take it from marketing expert Mike O’Neil (@mikeoneilrocks), who wisely advises, “If you don’t start in the right spot, you are going to lose the game before you even get started.” (Source: Kissmetrics)

Set yourself up for success with the Google AdWords update with these three easy tips.

1.Optimize All Your Digital Assets for Mobile

An estimated 80% of online users are turning to smartphones for their searches, a major factor spurring the Google AdWords update. By now, you should focus on always optimizing all of your digital assets to be mobile-friendly, and this will be increasingly important as time goes on—an estimated 6.12 billion people will be using smartphones by 2020. Not to mention, the new format will make it easier for you to monitor your campaigns using your devices, which will increase your ability to manage them proactively.

2. Use The Google AdWords Update to Get Ahead of the Competition

The other major focus of the redesign is making analytics data far more accessible. Tracking your data is the key to knowing which strategies are generating the most returns, so prepare for the transition by making sure you’ve segmented groups, set up goals, and are ready to learn even more about your audience’s interactions.

The redesign is meant to accommodate new forms of media that have gained popularity amongst online users, such as video. In fact, video accounted for 55% of all mobile data use in 2015, which is poised to keep growing. Start creating your multimedia content now, and you’ll be poised to take full advantage of the new AdWords. 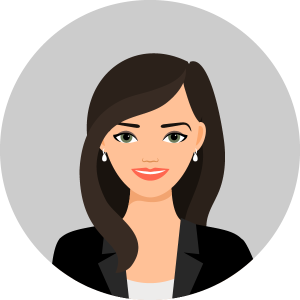 Tina Bahadur is a Social Media Ads Expert at SevenAtoms where she has spent 7 plus years growing client accounts. You can find her on the weekends enjoying San Francisco bay area hikes with her family, checking out new restaurants and playing table tennis.